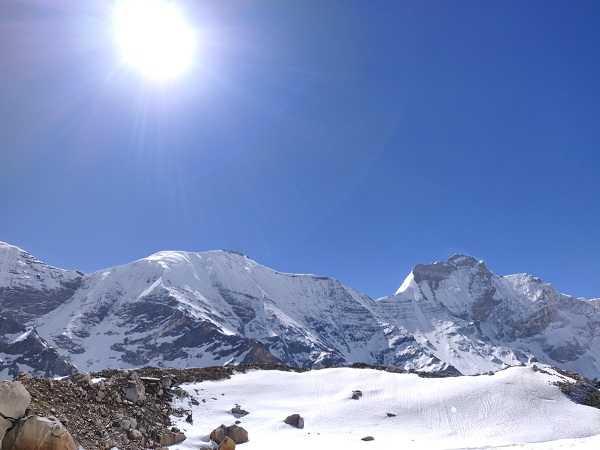 We reached Kedartal at 9 am. The Lake was completely frozen and the view of the mountains from Kedartal cannot be explained in words.

I've been an outdoor person for the longest time I can remember. I've literally been involved in outdoor activities all my life. My love for the mountains started at a young age growing up in Uttarakhand. Even to get home, we'd had to do small treks. So I decided to spend most of my time in the mountains. I love to explore new things. The villages, new cultures that I'm exposed to when I'm trekking. I have a dream of climbing every big mountain and traveling all around the world.

See you somewhere in the Mountains.
‍

So here's how the Kedartal Story started...

A few months back while browsing on Youtube, I came across a Kedartal video. I was quite stricken by the beauty and immediately decided to visit. Co-incidently when I began my preparation process for the trip, I discovered that one of the members from my trekking community was also planning to visit Kedartal. Naturally, both of us decided to do this together so we finished all the planning and finalized on a date.

On the 30th of May, we started our journey by taking a night bus from Delhi to Uttarkashi

We reached at around 11:30 the next morning and took a taxi to Gangotri. Gangothri is a very beautiful village which is situated on the banks of Bhagirathi River which originates from Gaumukh Glacier. The flow of the Bhagirathi river is very gigantic. Since it was peak season because of Char Dham Yatra, it got a little difficult to find a room but finally managed to find one. We bought some food for the trek and took a stove on rent. We also gathered all the important information regarding the route, weather, etc. At night we visited the Gangotri Temple, had our dinner, finalized on a guide and went off to sleep. Adventures awaited the next day.

We understood that we were running a little late so a lot of trekkers were there in the temple. The initial few kilometers was steep but after pumping up our bodies, we got used to it. The first campsite from Gangotri was Bhojarak which got its name from Bhojpatra trees. The route toward Bhojharak got a little tricky by crossing multiple glaciers, crawling underneath large overhanging rocks and also the spider wall which is a verticle rock face going right down to the river. The ascents and descents were both very steep. The best way to manage is to take micro-steps. The only thing that is very important for such terrain is a pair of good trekking shoes which helped us cross the spider wall as well as gave a good amount of cushioning to our feet. We reached Bhojkjarak at around 2pm, set up our tent and prepared some snacks. We had to acclimatize so spent our time playing some games. At around 8 pm, we had our dinner and went to sleep. The weather wasn't that cold yet.

CHECK OUR RANGE OF TREKKING SHOES

1km out of the 4 was steep followed by 3kms of moderate ascent and descent. Bhojkharak to Kedarkharak was relatively easier compared to the previous day. 1km of the trek was through the Bhoj forest that left a trail of leaves around.

The next 2kms, we met the mountain resident, Bharal (Blue Sheep). The weather was now colder compared to Bhojraharak. After crossing 2 water points, we reached the Kedarkharak Campsite with an exceptional view of Mt Thalaysagar as well as Mt Bhrigupant.

The weather was chillier and windier. In such a climate, the down jacket really helped to keep us warm and the windproof jacket prevented the wind from entering the body. Since the altitude gain was faster, we had to acclimatize first before lunch followed by dinner and then sleep.

Kedartal was now closer than ever

Next morning was freezing. At 6 am we ate some Maggie and started to trek the distance to Kedartal. The distance was 5km through rocky mountains and no greenery. The terrain consisted of steep ascents and very few descents.

It requires a good amount of fitness level to reach the destination. There were plenty of loose rocks on the way. After about half a kilometer away from the lake was the view of Thalaysagar which was very clear and stood majestically in front of us. We crossed the steep ridge and the descent toward the lake started. We were now exposed to the full view which kind of energized us again. We reached Kedartal at 9 am.

The Lake was completely frozen and the view of the mountains from Kedartal cannot be explained in words. We spent some time there, clicked some pictures of the morning sun on the mountains which can also be very harsh for the eyes so you need some good polarised sunglasses.

At around 10 am, we again began our descent to Gangotri where we reached by 5. 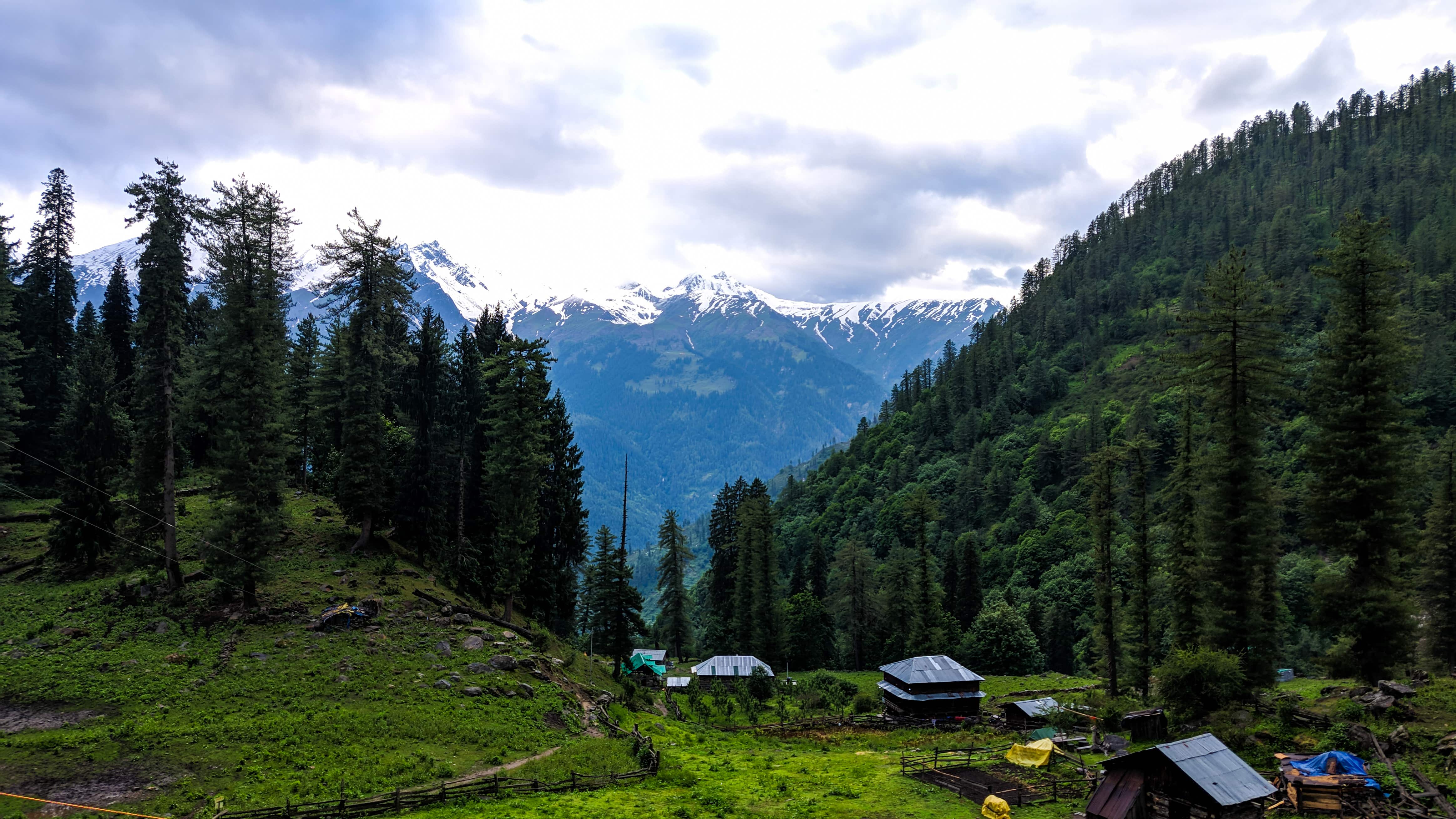 Out of so many Himalayan treks, it is never easy to pick one. We have provided the crucial information you might need to choose your next trekking location. 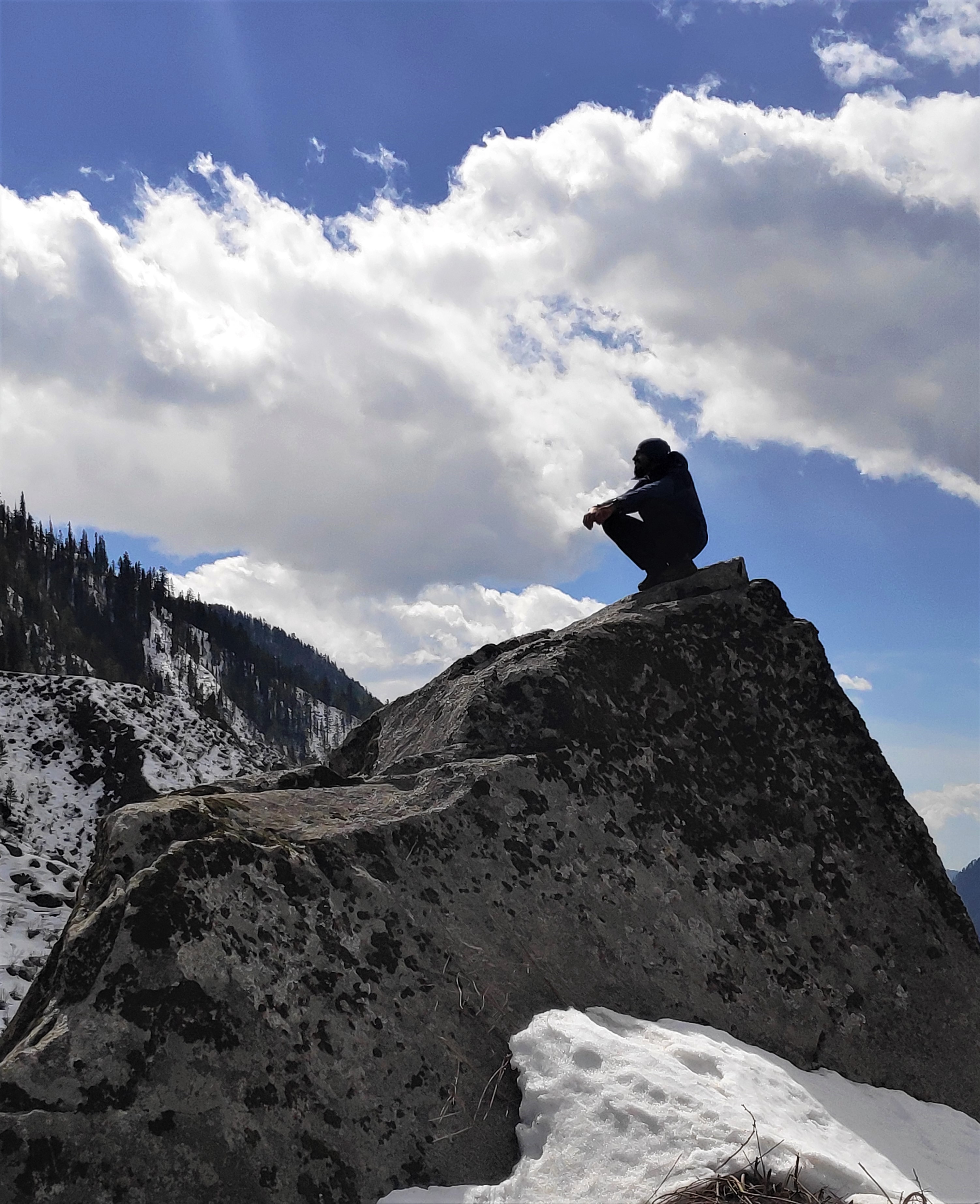 Har Ki Dun is a delight for trekkers both in Summer and Winter. Enriched with a variety of flora and fauna, it offers a stunning view of snow-capped mountains, dominated by Mt.Swargarohini.