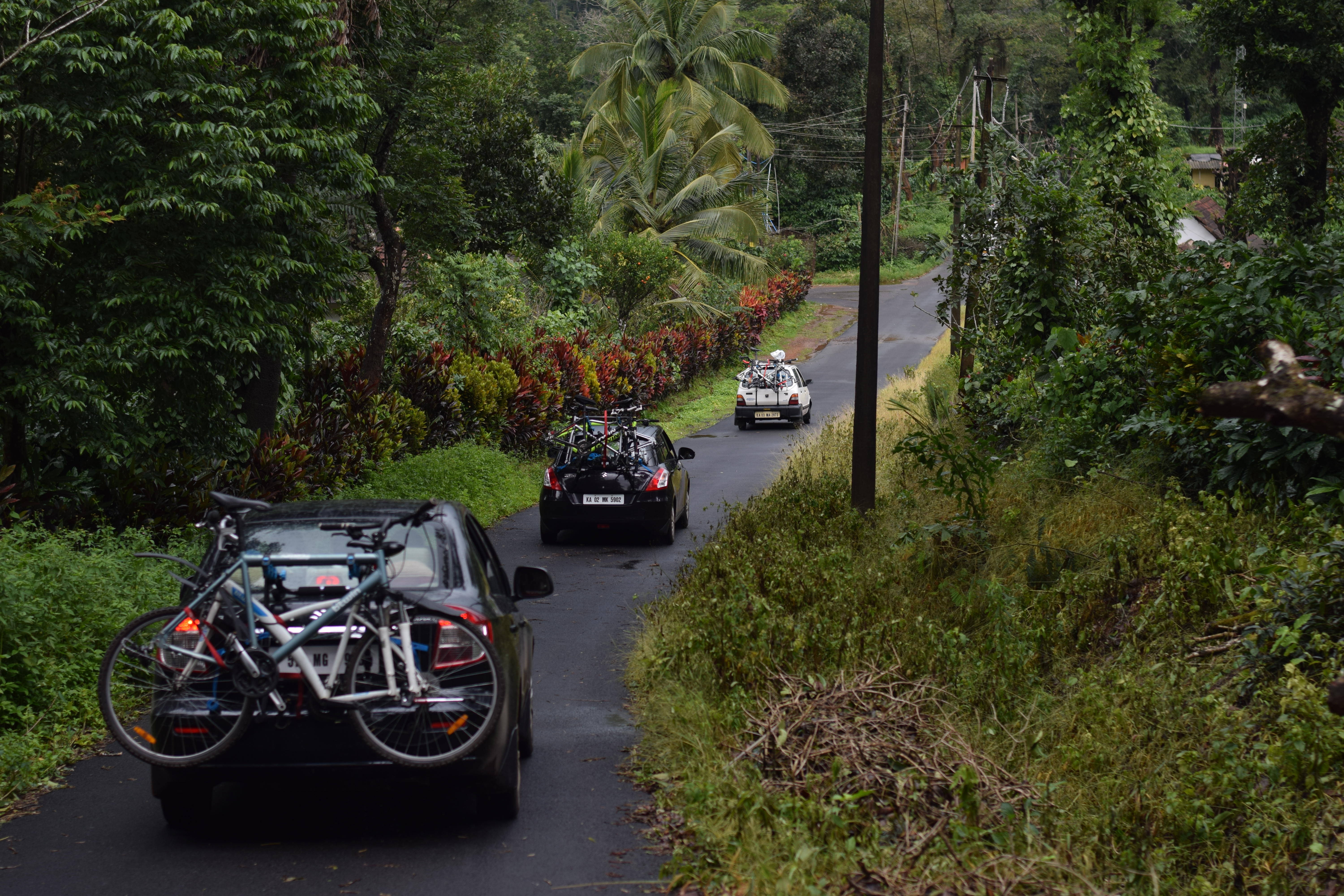 Similar to an automobile; cycles come in different shapes and sizes, build materials and budgets.

Many of you reading this blog probably are novice cyclists. You may have last ridden a bicycle during your childhood but now, are looking at getting back into cycling for fun or for its many health and social benefits.

Similar to an automobile; cycles come in different shapes and sizes, build materials and budgets. And just like how you would square down on an automobile purchase, the purchase of a bicycle should be based on your personality, level of usage and budget.

In this article, we help you choose the right bicycle by comparing them to the different kind of automobiles, a relatable subject for many of you.

IF CYCLES WERE CARS

The pedal and automotive world have similarities as per usage

Similar to sports cars, Road Bikes are designed to go really fast. The design philosophy is to be lightweight and be aerodynamic primarily riding on paved roads.

99% of all road bikes today are made either of aluminium or carbon frame components. On average, Road Bicycles weigh between 7-9 Kilograms.

Most road bikes come with drop down handlebars, thin tyres and a frame designed for the rider to have an aggressive posture. The riding posture here varies between 30 - 45 degrees keeping aerodynamics in mind.

Road bikes as the name suggest excel on paved roads. A regular cyclist could easily travel at average speeds of between 25 - 35 km/h on roads without traffic. As in sports cars, road cycles also have different subset types such as Road Racing Bikes (Racing Cars), Sportive Bikes (Supercars/Grand Tourer) etc.

Road Bikes are recommended for users who want to discover speed on paved roads as the primary purpose of usage. It is also ideal for individuals who are already athletic and want to get into an intensive non-impact cardiovascular exercise.

Cities around India have many opportunities for road cyclists to participate in amateur competitive races. Gran Fondos, Crit Races and Time Trials are gaining popularity among the Indian amateur road cycling enthusiasts.

CHECK OUR RANGE OF ROAD BIKES

Mountain Terrain Bikes or MTBs are similar in visual stance and usage like an SUV. They look bulky in appearance, have fat tyres and have good ground clearance.  MTBs are designed to be used on rough terrain ranging from unpaved roads, gravel paths and technical trails. They are purpose-built to take on all types of terrain and gradients.

MTBs are generally heavier than road bikes and the majority of MTBs are made of aluminium followed by a smaller segment made with carbon or steel. On average MTB bikes weigh between 10-13 kilograms.

Average speeds of MTBs vary between 10 - 11 km/h on technical single track trails to about 20 km/h on unpaved roads.

MTB Bikes are recommended for beginner cyclists thanks to its hardiness and all-terrain credentials.  Indian urban roads often offer many opportunities for the MTB rider to test his/her MTB skills.

In India, many beginner cyclists quickly graduate riding MTBs to take part in fast-paced MTB amateur races. Cross Country Races (XC) and Down Hill Races have become mainstay events and are filling up the amateur racing calendars across India.

CHECK OUR RANGE OF MOUNTAIN BIKES

We are all very finicky about what we want from our automobiles. We want the best of both the Sports Car and SUV; hence giving rise to the popularity of Sedan or Crossover Cars.

Like Sedans or Crossover Cars, Hybrid Cycles offer marginal off-road abilities of an MTB, while being able to maintain respectable on-road speeds in comparison to a Road Bike, all the while providing options to carry luggage.

Similar to MTBs, most Hybrid cycles are made of aluminium, with a smaller segment made of steel. Hybrid bikes weigh similar to MTB bikes between 10 - 12 kilograms.

Tyre width of Hybrids is a compromise of the thin efficient tyres of Road Bikes; and fat grippy tyres of an MTB bike.

The frames of Hybrid bikes are designed to be ergonomically comfortable while maintaining reasonable sportiness. The riding posture on hybrid bikes generally is around 60 degree.

Being an all-round bike, Hybrid bikes are equally at home in the busy city streets, paved highways and country roads. Average speeds of Hybrid cyclists may vary between 18 km/h to 25 km/h depending on the road surface.

Hybrid Bikes are recommended for beginner cyclists or users who are looking at cycles to go on excursions exploring the city or countryside. With hybrid touring cycles, users can even explore the world.

Hybrid cycles are the highest selling segment among premium cycles in India. Urban cyclists across all age groups can be seen using hybrid cycles to explore the Indian countryside.
Category page for Hybrid Bikes

If city cycles were cars, you would compare them to small city cars or hatchbacks. The design philosophy of city cycles is to help the user commute short distances in urban landscapes without having to change out of their daily wear.

The two main types of city cycles are Classic City Cycles and Folding Cycles. Both these cycles have an upright 90-degree riding posture, a wide comfortable saddle, with full mudguards and chain guards.

Most city cycles are made of steel followed by a few aluminium cycles when the objective of the model becomes more about a fast city commute. Most steel frame Classic City and Folding cycles weigh between 14 - 16 kilograms.

Folding Cycles have a  unique feature, in that they can be collapsed into portable dimensions and transported by the rider transiting between different modes of transport. The folded dimension also helps in storing the bike in compact spaces.
A commuter can get to a train or bus station on his/her Folding Cycle.  He/She can then instantly collapse the cycle and then carry it along till the destination bus stand and then cycle the last mile to the destination. The intermodal possibilities of folding cycles are endless.

Classic City Cycles and Folding Cycles have an upright 90-degree posture, a wide comfortable saddle, with most cycles fitted with full mudguards and chain guards.

A city commuter can maintain an average speed of up to 15 km/h on short distance commutes between 2 to 5 kilometres.

City Cycles are recommended to commuters, looking at a comfortable cycle for commuting short distances in urban city landscapes.

Folding Cycles are becoming quite popular with the enthusiast Urban Commuters. Metro Rail Corporations like the Kochi Metro Rail (Kerala - India) are encouraging their users to bring Folding Cycles on the metro for their last mile connectivity.

CHECK OUR RANGE OF CITY BIKES

There you have it! The four main types of cycles for adults, as per usage. Hope this helps you decide on the right bicycle for you as per your usage. Happy Cycling! 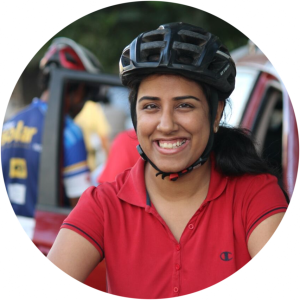 Nikita Lalwani is the first bicycle Mayor in India. We had a chance to have a conversation with her, know her better and understand how the program is working in one of our own cities. 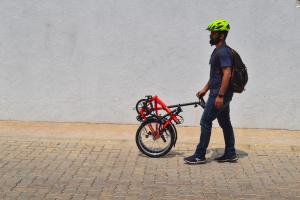 If you were looking at a swiss army knife of urban mobility, the folding cycle should definitely be your go-to vehicle 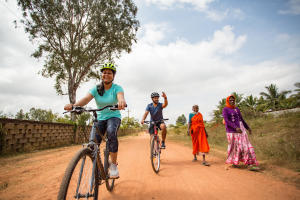 Cycling Benefits for the Urban Indian

You will be surprised to know how cycling can change our lives. From an urban Indian perspective, we have listed down the benefits of cycling under four sections.