The Hiker's Dictionary: A Glossary Of The Most Important Hiking Terms

If you're new to hiking, you might want to know about certain terms to be able to converse with other hikers. It will help you get the best out of your trip.

If you're new to hiking, there are certain terms you might want to know to be able to have conversations with other hikers and will also be very useful for you during your practice or while choosing your gear etc.

Discover our lexicon of mountain hiking terms, to get the best out of your next outings; 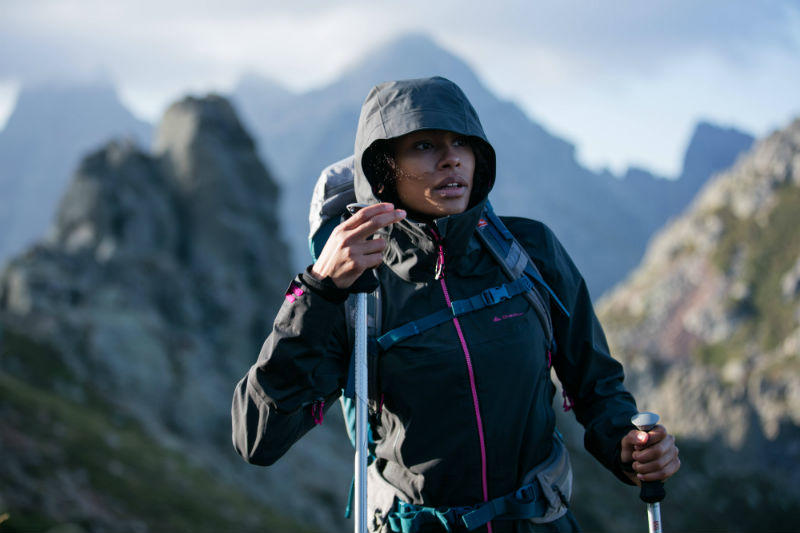 - Cairn : Pyramid of rocks of varying sizes, used to mark a path to help hikers with orienteering.

- Height-difference: This term indicates the altitude difference between two points. <<The gender of this term has wasted rivers of ink. Historically feminine, the word "dénivelé(e)" has been used more and more in its incorrect masculine form>> <<It's the non-conventional form which is currently used in french today>>    - Devers : Not to be confused with the height-difference. The devers represents the tilt angle of a vertical wall. We talk of devers when the angle between the ground and the wall is acute.    - Adret and  Ubac : Adrewt indicates the slope of a valley receiving the longest exposure to sunlight. On the contrary, Ubac indicates the opposite slope.   - Upstream and Downstream : The terms upstream and downstream are very useful to orientate oneself. On a path between a hill and a valley, for example, UPstream indicates the part that goes UP to the mountainl, while DOWNstream indicates the part that goes DOWN to the valley.   - Firn : A firn is an isolated area with persistent snow (it's possible to find firns even during summer). Firns are generally due to locations which do not receive much sun. Not to be confused with eternal snow.    - Eternal snows : (also known as "nival stages") are essentially mountain peaks that have a period of receiving snow which is longer than the melting period. Due to several factors (sunshine, atmospheric pressure...) precipitation in this area is largely in the form of snow which keeps the peaks snowy. These snows are not really "eternal" but repeated!    - Glacier : Mass of ice resulting from the accumulation of snow layers. The glacier is formed of several parts: bergschrungs, moraine, seracs...   - Bergschrung : a bergschrung is the crack generally produced on the edges of the glacier, between the ice and the environment where the glacier is located (usually a rock tongue). it is produced by the movements of the glacier.    - Moraine : A moraine is the accumulation of rock debris carried by the movement of the glacier.   - Serac : Large block of ice, partially detached by the glacier. Seracs are produced by the cracking of a glacier.   - Chute : Very narrow corridor of snow or ice that is collected, often formed in dihedrals (a dihedral being the area where two rock sections meet to form an acute angle).   - Circus : name given to a mountain with a circular or semi-circular (arena-like) shape. This may be the result of erosion, or indicate the presence of an ancient volcano or glacier at this location.     - Corniche : Snow formation accumulated by the wind on a ridge. This often forms a balcony of self-ported snow protruding from the stop, the falling of which may represent a danger   - Flake : Rocky plot detaching from a wall.     - Lapiaz : specific geological formation with limestone rocks, which forms when runoff rainwater hollows the rock. These courses can be dangerous while hiking, because you can end up walking on rock trays with a heterogeneous surface (moreover often sharp). In winter, the rock holes are covered with snow and therefore invisible, you'd better avoid this type of terrain. 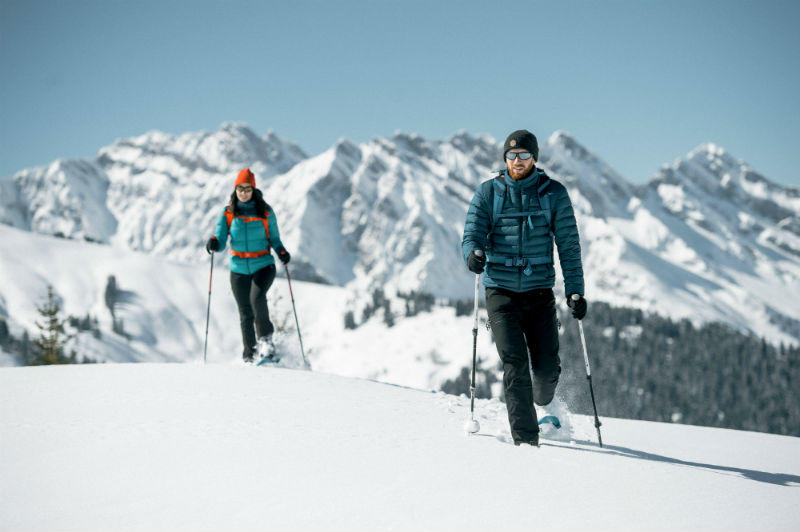 - Climbing: Rock climbing. In hiking, this defines climbing sessions, when you have you help yourself with your hands during some steep portions of the ascent.   - Bivouac : provisional outdoor camp. The camp is to set up camp in the evening and dismantle the next day (at sunrise). Therefore, natural parks do not become congested areas of camping tents during the day.   - Trekking : Hiking for several days (with nights camping or in a mountain refuge).

- Altitude sickness : state due to incomplete acclimatization. It can provoke different symptoms such as headache, nausea, insomnia or oedema (depending on intensity). 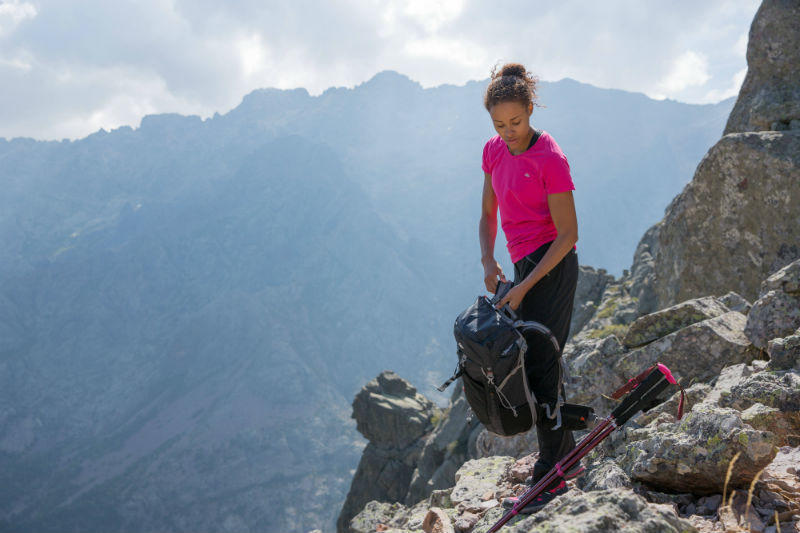 - Foehn: dry and hot wind, typical of the Alps (french, swiss and austrian).    - Gaz : Indicates the "vacuum". This term is used, for example, to refer to a very 'airy' path: "that way there will be a lot of gaz". It is used quite often by our Swiss neighbours.

And finally as a bonus:

Have you ever happened to find a chalet on a mountain called "l'Eterlou" ? From now on, you will know that this term indicates the young of the chamois (and is a feminine noun in French "éterle" )!   This glossary contains the basics and is, of course, not exhaustive. It may well be completed, including themes dedicated to flora, fauna ... or to mountain food specialties! What words have you learned in the mountains? 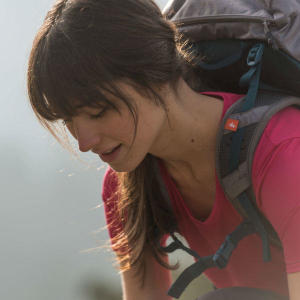 6 Exercises to Warm Up Before a Hike

Hiking will keep you in good overall shape while also sculpting your bottom and stomach, which is another reason why you should continue all year round! Read on to discover 6 benefits of hiking. 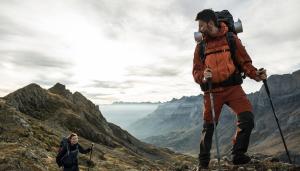 Getting ready for a hike: our advice before departure

Knowing the weather and route along with taking the right equipment before going on a hiking trip is very important. Read our guides to know more on how to get well prepared. 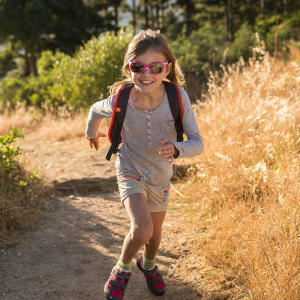 Packing a backpack can quickly turn into a headache, but if you overlook this stage, you risk paying the price for it the next day. However, before this happens, the choice of backpack for your child is crucial.